A pack of wolves roam the suburbs of Lisbon in U2’s explosive collaboration with Vhils for Films of Innocence, the 24 hour film project screened with NOWNESS on December 8. The political murals of Northern Ireland inspired Bono, The Edge, Adam Clayton and Larry Mullen Jr. in the series of filmic couplings with 11 artists hailing from the UK to US, South Africa to Egypt, Belgium to Portugal, inspired by tracks from their polarizing new record Songs of Innocence. Vhils is Alexandre Farto, a young urban vanguard from Lisbon whose creative treatment of neglected bricks and mortar reveals haunting portraits of both political figures and the everyman. Working with U2 and Solid Dogma on “Raised by Wolves,” Farto’s dramatic, slow-motion set pieces were captured in only a day and a half.
“The film was shot where I was born and grew up in the south bank of Lisbon around Almada and Seixal,” Farto says of the industrial locations so fitting with his work that utilizes drilling and explosions as technique. “The band have always been outspoken on social and political issues and the lyrics totally relate to my experiences and fit with what I’ve been wanting to put out for a while.” Films of Innocence’s part animated, part live action approach also includes a collaboration with fantastical children’s book illustrator and artist Oliver Jeffers, originally from Belfast.
Source: Nowness

“You wanna hear a good joke?” 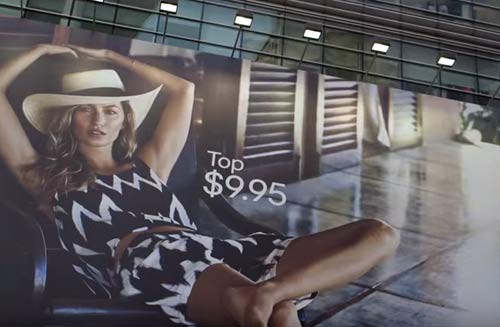 Did you ever wonder how your latest SALE! T-Shirt got produced? More info after the jump…

Don’t be a chicken, try some new sounds!