Lately, there is a lot of talking and story about the death of core snowboarding. Appearantly the rebellious kids have become mere strebers who are going for gold rather than broke. A great story for sure, allwoing for a lot of talking with a slight connotation of “told-you so” and heavy usage of technical terms describing the commodification sub-cultural norms and artifacts by the dominant mainstream. Wow! I totally have to admit using and writing these words gives me an instant feel of total empowerment…
Meanwhile, core-snowboarders snowboard. What a Nightmare!


PS.: If you don’t care about snowboarding or riding rails and streets, just enjoy the soundtrack to the flick. Well worth it! 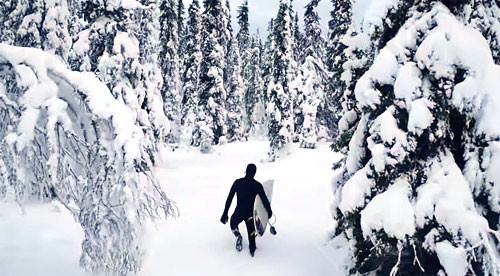 Sometimes a walk in the snow can bring you to some solid waves.

The master of style.