Allright. This actually is a music video for German Rap wunderkind Fatoni produced by Occupanther. What makes this a stand-out, is the fact that rather than showing a bunch of coolers showing off their bling the production crew has chosen a obviously gifted young German director and a evenly skilled camera man in order to let the lyrics fly.
The storytelling is on point, referring to the feeling of losing control over everday profanity with the protagonist(s) trying to regain control by simply blowing somehting up. Of course you could also become part of an extremist political party – won’t change that you have lost it but at least something is burning… but a gas-station is a way more Hollywood-esque setting. And this particular setting has experienced just the right treatment. The lighting and the focal points are awesome. The depth in the focal points especially – it is the right amount of information but not a documentary. At the same time it does not look as cheesy and flat as a wannabe-big production, which needs to cover up a lack of story and wit. Combine this with the acting and the music and you get a brilliant piece of work to watch – Pretty brilliant actually! 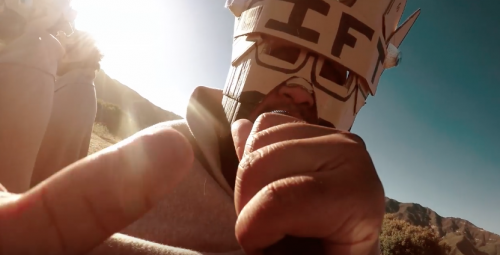