Do you have secrets?

Marco Lutz is part of Switzerlands second generation snowboard high-society. His shredding hey-day was during the mid-90s. Around this time he also started working as a director.
Girlgroup 98 was his first ever snowboard movie, followed by numeorous more shred-flicks including works such as Desired Effect and Moment’s Notice to eventually culminate into the master-piece Kingsize in 2003. All of Marco’s movies had 1 thing in common: They were more than the regular action-sports cum-shot compilation since they explored the characters featured, supported by visuell highlights until then more or less exclusive to the works of ski-movie mastermind Willy Bogner…
Post Kingsize the production of snowboard movies was called a quits. Marco had meanwhile moved into a more mainstream direction of … well, direction. To date he works on corporate projects and creative pursuits based on moving pixels evolving around music, arts and quirky little ideas flipping perception upside down.
The work featured here – Secrets – is of the latter category. Who would have known the little voice in your head, keeper of all the feebleness and insecurities, has short blond hair?

Mutiny’s newest diamond- Check it out. 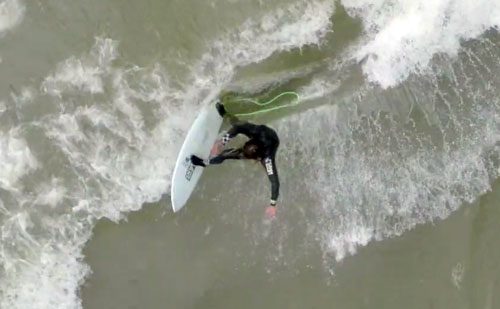 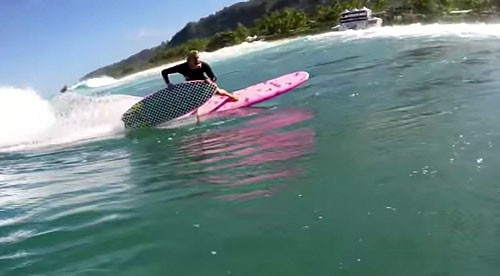 Surfing’s enfant terrible Jamie O’Brien’s transfers board to board at Pipeline on the North Shore of Oahu. Brought to you by GoPr