Laptop in front of you, coffee to the left, just a quick check to the “Page You Manage” and one hour later you still find yourself scrolling down from post to post… If you are freelancing and dealing with some sort of social media activity, you might know what I’m talking about. Actually, anyone who is working in a office where Facebook isn’t blocked might know what I’m talking about.

Exactly that happened to me the other day. Again. Actually it happened yesterday as well. But anyway. I was doing the scrolling and came across Julian Wilson’s latest video from Bali. Man, it blew me away. I sent it to a good friend of mine, something I rarely do. But Wilson is just so good in that clip. I got really jealous I have to admit. He makes it look all so damn easy; a pure display of might.

So I sat there and reminisced. I was trying to remember when a surfer blew me away like this last time. And I not only thought of one particular surfer, I thought of one particular movie: Taylor Steele’s CAMPAIGN II. My favorite part in that movie: Andy’s. Maybe of all time… Just pure domination, pure talent. Every single turn, every floater, every air, mightier than might.

I was lucky enough to spend some time with Andy while I was working for Billabong back in the days and I was not only blown away by what he was doing in the water, but also by the way Andy was on land: super humble and friendly, always up for a chat. During the Peniche event, the event prior to the Puerto Rico event, I surfed this pumping beachbreak with just a couple of guys out. CJ was out, Andy as well. It was grey and rainy that day, strong offshore and we all couldn’t believe how perfect and uncrowded it was. There was a strong rip so walking back after a left was the best option and for some reason I always had a wave after Andy. He always waited for me at the beach to walk back up together. To talk, joke around, laugh at CJ getting tangled up in his leash trying to catch up with us walking back up. Now – if you haven’t done already – watch Andy’s part from the 2005 Campaign II movie. It wouldn’t surprise me if you get stuck watching Andy clips for a little while after. He was just so good…
This is Julian’s clip, the one which sent me into an 1 hour-trip of nostalgia fueled procrastination. Enjoy!

“Through Clouds and Water” 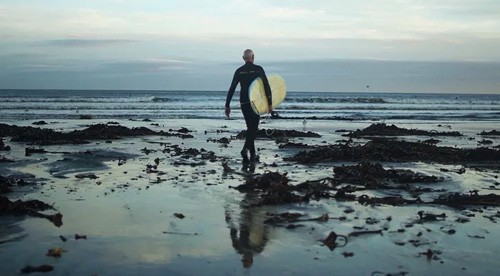 Very nice cinematography and editing by filmmaking duo A Common Future for NOWNESS. 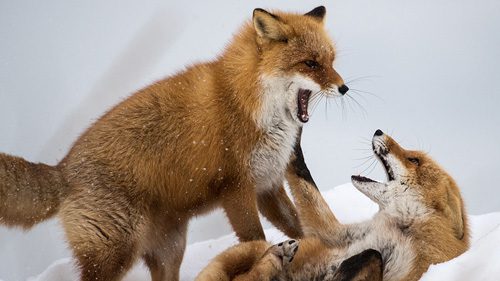 A journey through winter by Lena Stoffe. Enjoy. 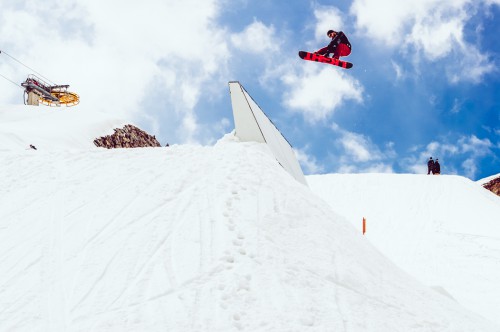 Strap on your snowboard and remember Muddy Waters’ wise words: “Well, I turned and I tumbled, cried the whole night long!”