Shredders they are; Step Panther from Sydney. There are guitar(s) plus you might hear a base (maybe), some drums for sure. Not overly complicated yet highly appreciable. Perfectly fit to acoustically illustrate saturday and sunday 1 to 5 pm or to be sung along at night when there is a rad party going on. Read Notes from: Step Panther as written down by Steve of Step Panther.

What fits your music?
We don’t really fit in too well, but we try sometimes.

… This answer actually perfectly links to what Step Panther sound like – next question.

How many people in your band when on stage?
Three.

How would you describe the sound you do?
Casual, uncomplicated, direct.

What are the key-elements of your sound?
Loudness, Coolness, Dumbness.

Do you take care of lyrics? What are the topics you cover and messages that matter to you?
I care a lot but i don’t say anything important , i just care about the words.

When playing a concert, do you prefer people to dance in communion or everybody to do its own thing?
I say you should do whatever you want, don’t do something because everybody else does it, it might not feel good. One of the 3 guys is Steve – I spoke with via mail… so basically we had typo-convo. The pic I stole from Step Panther’s Facebook. Credit. (Please also note that the surf-spot down below rarely breaks. Or at least is a bit of bucket-list thing for surfers in California. I am sure there is a shark swimming in the bay.)

How about drugs?
We don’t use much, police hassle me sometimes.

What are major influences?
Hopefully to just hear or see something that gives me a good idea.

Make a decision: Would you rather be the greatest live-band on earth OR the most influential studio-band of now?
Maybe if you were the most influential band you would get depressed because every other band is ripping off your stuff, and you are not hearing anything new, so i choose best live band. 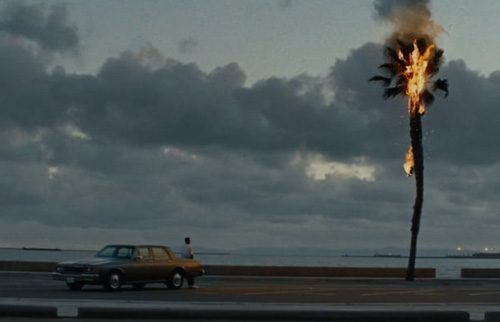 This is so good. Big up! 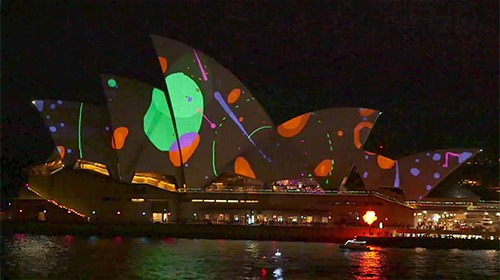 We’ve been in love to the work of ex The Designers Republic chief designer Matt Pyke for many years. Here’s a again a proof why… 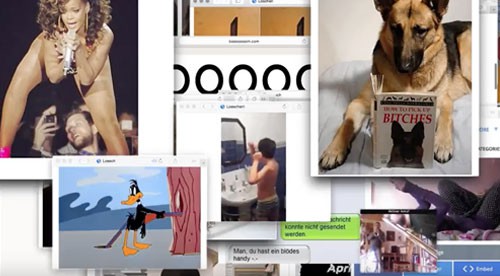