Galerie Openspace and British artist Mode 2 are very pleased to present the exhibition they have been working on for over a year entitled “Preludes…”. This pioneer of post-New York graffiti and hip-hop culture is coming back to France with an ambitious exhibition showcasing 25 artworks on canvas and paper at Galerie Openspace. Different styles dialogue along the exhibition rooms of the gallery like a music score in four parts.

The “Preludes…” exhibition revolves on the notions of motion, rhythm, musicality and dynamism, which are characteristic of Mode2’s work since his beginning in 1984. His drawing and painting virtuosity combined with his takes on the defense of culture make him a great source of admiration, if not adulation, for his peers. His originality and influence on the international art scene have turned him into a reference in art history, meanwhile he continues to follow his own path and tackle topics that are dear to him.
For this show, Mode2 focuses on the universality of music through motion, dancing, writing and visual composition. A music score in four parts, even further elaborated in the fourth room of the gallery dedicated to body sensuality with the showcase of the artist’s erotic work for the very first time in France.

Intended as an intense feeling translated into painting, “Preludes…” suggests a growing excitement or apprehension, which, beyond sole narration, illustrates the moment that comes before, announces, prepares and anticipates the future. Preface of a book one wants to devour, hints of a promising artistic style about to blossom, first notes of a music track that suggests happiness to come, first moves of a dancer entering the stage, or very first foreplays between two lovers or mere partners in need… One might think about Debussy who composed his Preludes like an open music score and an invitation to wander and daydream. For this exhibition, Mode2 draws on the energy and inventiveness of hip-hop in order to explore his own limits. Given that an exhibition opening resembles a theater play or a show on stage, “Preludes…” shows the artist like a tightrope walker oscillating between topics, compositions, colors and lines. 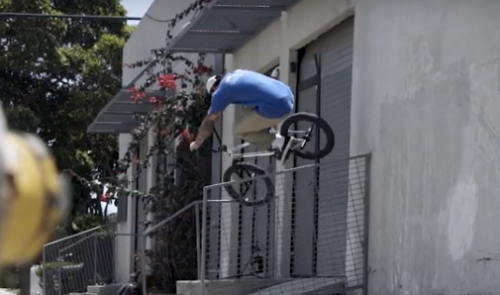 Sidewalk Shredding without any limits. 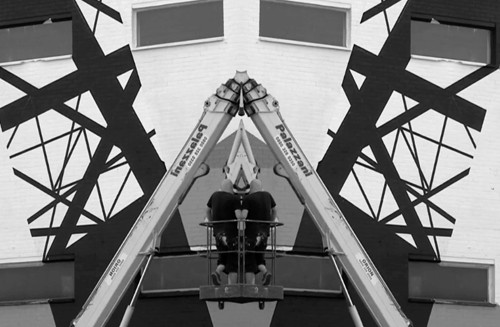 Fresh graphics from the Amsterdam – From screen to wall.