MINI in the Mountains by Geoff McFetridge

We are used to signs representing the dominant norm – which turns “the sign” itself into a perfect medium to picture & trigger an alternative, freestyle perspective onto the world. Eventually the freestyle vision is to reframe reality, offer quirky little jokes on the (mountain sports) culture and, for example, set out evenly unexpected and colorful dots in a winter wonderland. A humble and humorous look on a larger than life reality.
Geoff McFetridge shares this spirit. He possesses an iconic style yet isnʼt afraid to enjoy the simple line, which facilitates on-point communication. He can alter perception with one stroke of brush. His works expel a great sense of humor. He is a great guy and loves being in the mountains.

Since MINI as a brand was as created upon the premise of a different perspective onto the dominant norm, the brand was happy to help make this project happen during the 2015 Burton European Open going down in LAAX / Switzerland. A selection of pics and a video feature below these lines will give you an idea what was really going on.
In case you are a fan of Geoff’s work, do not hesitate to click here! Munich based charity High5 auctions the original artworks. The money will be used to support the work with kids who didn’t have an easy start and still would like to have a good time skateboarding, BMX riding or snowboarding – something we can totally relate too.

No more rules, just go-for-its! while you are shredding down the hill. 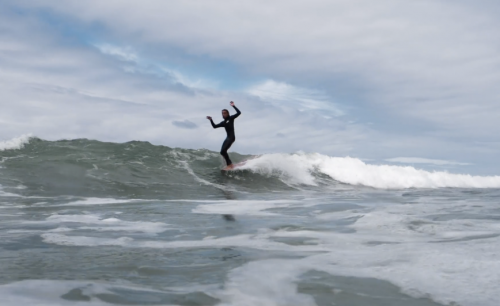 This one is a bit older but still a good one!