Vans’ Loveletters To LGBTQ+ was filmed earlier this year, before the passing of legendary skater and host Jeff Grosso, who was a champion for inclusive skateboarding. We believe this message of unity and equality must be told, and that all voices of the LGBTQ+ community deserve to be heard. Grounded in the brand values of inclusivity and being open to everyone, Vans believes this unifying message must be told, and stands in support of the LGBTQ+ Skate Community as we continue to drive positive change. Love Letters to Skateboarding is about the love we all have for skateboarding, a commonality we all share regardless of race, religion, sexual orientation. We are all one people with a love for skating. This LGBTQ+ episode is testament to that. On March 31st, 2020 our beloved legendary Vans family member and larger than life defender of skateboarding, Jeff Grosso, passed away. Jeff said this LGBTQ series of Love Letters and Love Notes were the episodes he was most proud of in the 11 years of the show. These were the last episodes he filmed. In the episodes Jeff admits, “I was taught at a young age to speak this way… I have been part of the problem…but I am trying to change…the last thing I want to do is make someone feel uncomfortable or make them not feel safe ESPECIALLY WHEN IT COMES TO SKATEBOARDING.” It is a fitting send off to our dear friend who believed that skateboarding is for everyone and all are welcome. Jeff was so stoked on this one— he cried a record 3 times while shooting it! Vans is thankful to everyone who shared their story, strengthening the community of skateboarding. If you are a person in crisis or in need of a safe and judgement free place to talk, call the TrevorLifeline now at 1-866-488-7386. Music Credits: SHANE MEDANICH “Wolf Prance” “Sticky River” JOSH LANDAU/ ELIMINATOR MUSIC “In Orbit” “If She Don’t Then She Will” “Dripping Down Inside a Circus Brain” “Tom’s Sympathy Raga” WACKO “Bite Back” “Human Fertilizer” JOHN VEIT “Happy Weird Song” “Won Techno 2” “Spy Love Song” PARAKHAN “Crush” “Space Craft” TWOMPSAX “Pop Shit” “I H8 Me” EVIL TWINS “Punks N’ Jocks” “Sweaty Faces” “White Room” BAUS “Pop Song” SUBSCRIBE: http://bit.ly/1aIFFTY About Jeff Grosso’s Loveletters to Skateboarding: Legendary skateboarder, Jeff Grosso’s Loveletters to Skateboarding. Jeff pays homage to some of the most influential people in skateboarding. Sit back and feel the love.
Source: Vans 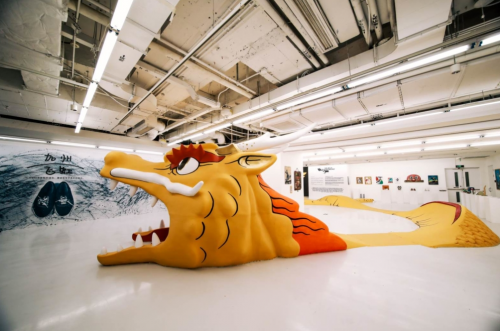 A skateable sculpture and an art show in Shanghai –> definitely a good match!

TOCA ME design conference 2016 in Munich 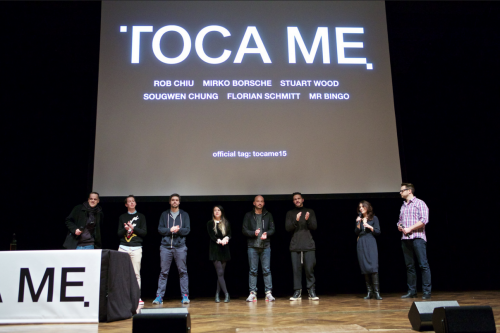 Get your late bird ticket – Now! There a just a few left! 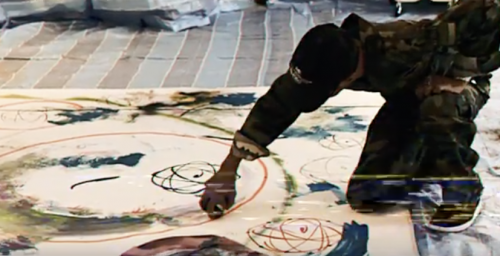