“Fiese Mienen” is a project by our good friend Clemens Krueger and his homies. Clemens rose from Munich’s skate- and snowboard-scene, the peeps he is working with are young film-folks and actors from all over the place…
The Film to be produced tells the story of  the “Fiesen Mienen” (“The Mean Grimace”), a group of eccentric individuals who live beneath the earth. One day a girl shows up, driven to the Fiese Mienen by her insatiable curiosity . Her arrival sets the group on a path of chaos and disarray. After she causes a member to disappear, the group set off in search of him. It is to be an odyssey of wonder and uncertainty, along a road untouched by the world, as behind every door a new world awaits them. Spend your money on the kickstarter here – surely watch the teaser! 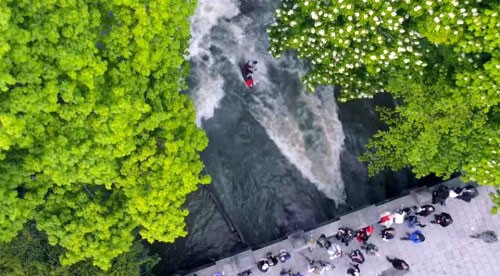 Still Ill: 25 Years of ‘Ill Communication’ by the Beastie Boys

Two murals by the secretive British street artist have appeared at a former gas station in Midwood, Brooklyn.